The girl with a seagull, the sculpture always in centre of attention on photos from Opatija, has an interesting story. The model’s identity was a secret for so long.

In the year 1981. the count Arthur Kesselstadt lost his life in a sea storm in front of Opatija. In memory of this tragedy, his family placed the statue of “Madonna del Mare” on a rock in the sea to watch the soul of the missing count. The sculptor of the statue was Hans Rathauski from Graz. However, over time statue got damaged and was later restored. It can be seen in museum of tourism in Opatija (Villa Angiolina). It’s golden replica is standing in front of St. Jacob’s church.

Who is “Maiden with seagull”?

In the year 1956. the new statue was placed on the place of once Madonna’s statue. It is called “Maiden with seagull” by Zvonko Car. The statue also had a fish in seagull’s beak which disappeared during the years. The identity of the model was unknown for a long time. The sculptor used to say “Let those who wish to know guess.” Only recently Mrs. Jelena Jendračić revealed that she was, in fact, the model for the sculptor.

The sculptor Zvonko Car and Mrs. Jelena were family friends, neighbours and godfathers. They worked on a statue for more than a year. Mrs. Jelena used to pose for hours, and then did nothing for days. But once she got the part as a model, she couldn’t let it go. Apart from “Maiden with seagull” Mrs. Jelena posed for one more sculpture, a Samaritan named “Hygia”, placed in Rijeka’s hospital park.

If you wish to visit Opatija, I recommend Booking.com for choosing accommodation in Opatija. 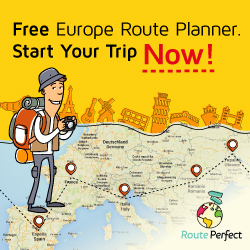